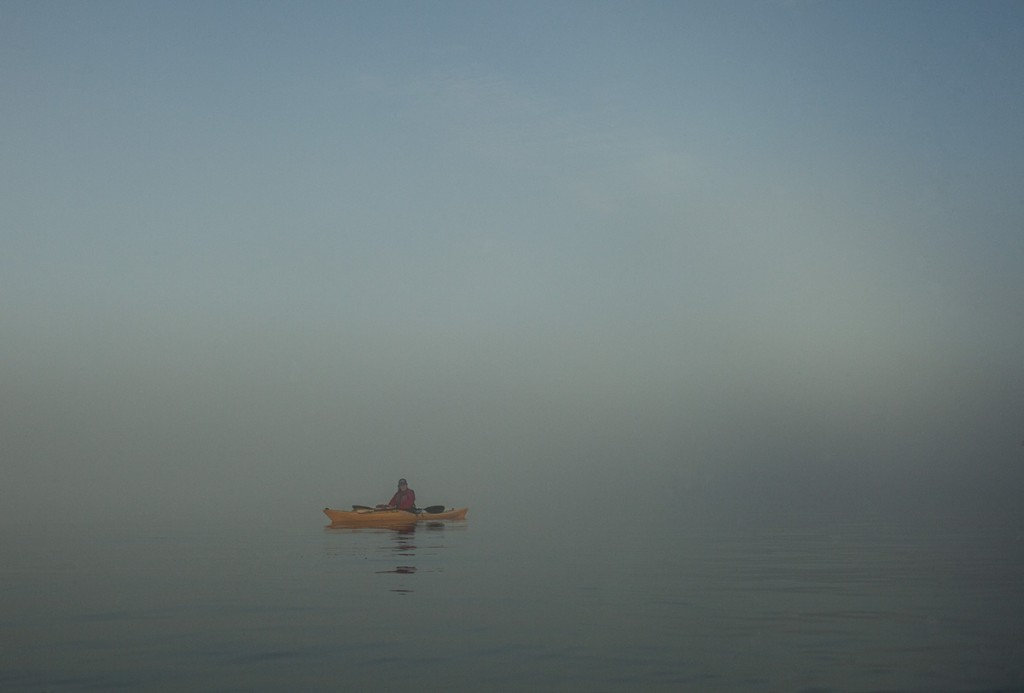 As a child, my uncle would tell tall tales of the sea. His lore warned of currents that could sweep me away to China if I were not careful and waves that would bury me alive. The waters of the San Juan Islands of Washington have similar mystical features. The dense landscape breathtaking, but those currents and whirlpools could shoot you across the Pacific if not paying attention. Writer Jen Kinney and I met in Alaska on the Prince William Sound. She’s hitchhiked across Alaska and I across Russia. Naturally,  we were good fit for travel partners. As we both headed south of the Great White North, we heard tales of the San Juan Islands of Washington. So we loaded up and hopped ferries to explore the Puget Sound the way it was designed for and by the vehicle we knew best: by kayak. 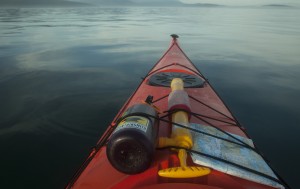 Tide and navigational charts stowed, we decided that our best route was to stick near Lopez Island. Known as the friendliest of the islands, my hand grew tired the first five miles off the ferry. The “Lopez Wave” of passing drivers broke my wrist by mile ten. We picked up our homes for the next week from Colin of Cascadia Kayaks and headed south to launch. At our starting point of Agate Beach, we loaded our kayaks with a tent, sleeping bags, stove, and many warm dry layers. Packing perfectly into our dry sacks, the Arapaho 20 degree bag would keep us plenty warm on our 30 degree nights. Sliding into the soft bag, the cozy comfort felt almost as home after our long days of paddling. 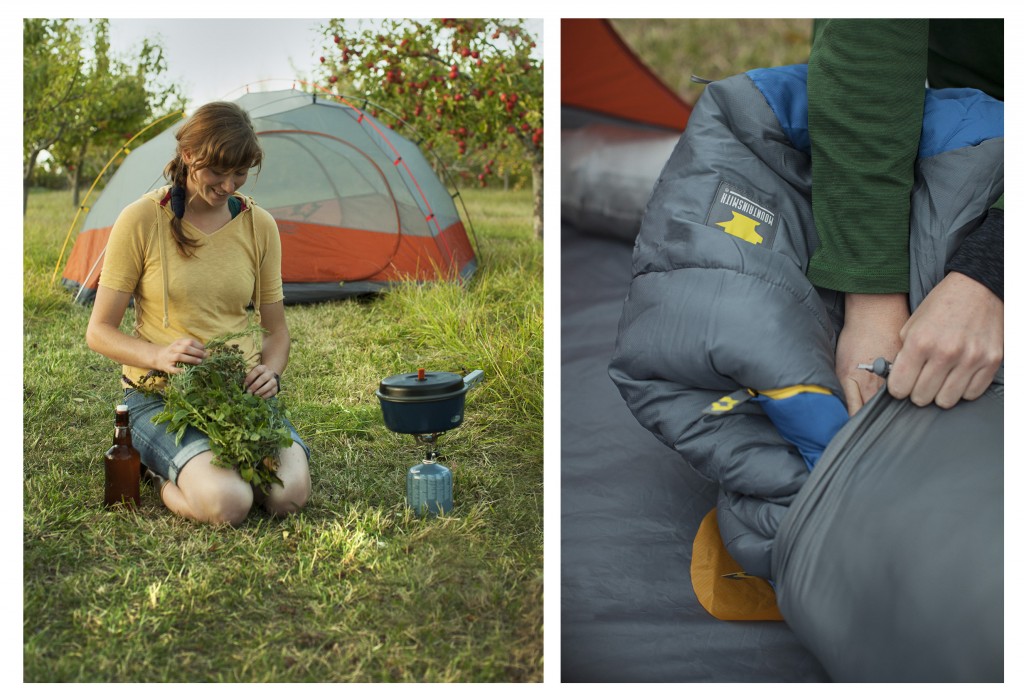 While researching paddling paths, one reoccurring theme of Lopez Island was the abundance of local food. Nearing competitive levels, locals brag of kayaking out to sea to collect their own salt as to not consume food from off island. We took the challenge of only eating local ourselves, exploring just how much can come from the island we were circumnavigating. We doubled up on the friendliness and local food, pitching our Mountainsmith tent in apple orchards. The 3-person Mountain Dome tent large enough to bring our in our packs to save them from the morning mist and still have room.

We became so intrigued by Lopez Island that we forgot other islands existed. Swift currents grabbing our boats around each corner of the island, we became thrilled with the clam shacks on the coast and awestruck with the steep cliffs of the bird sanctuaries. The area is known as a kayaker’s mecca. Making it as technical as the passes you want to cross, or as casual as the small bird watching islands you drift by. The seals following you like puppies of the sea, the 300 plus islands offer you endless shores to explore.

The thick fog rolled in each morning, burning off to bald blue afternoon skies before covering the air in grey to settle for the night. We spent days kayaking. Exploring bays, eyes strained for a late whale migration, we passed through the thick landscape that has inspired many first generation young farms to take up the till. We fell in love with the landscape as we dropped in one end of the paddle at a time, the whole time careful not to get swept away to China. 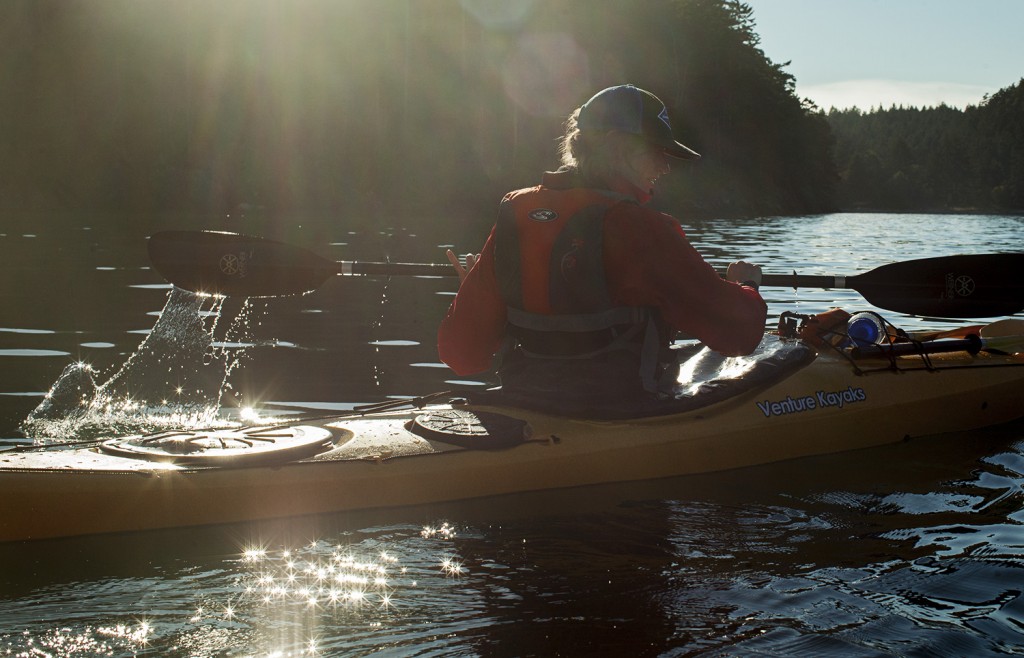 Post by Christine Armbruster, a freelance photographer working out of Salt Lake City and Los Angeles, who travels around the world creating material for travel magazines and outdoor brands. 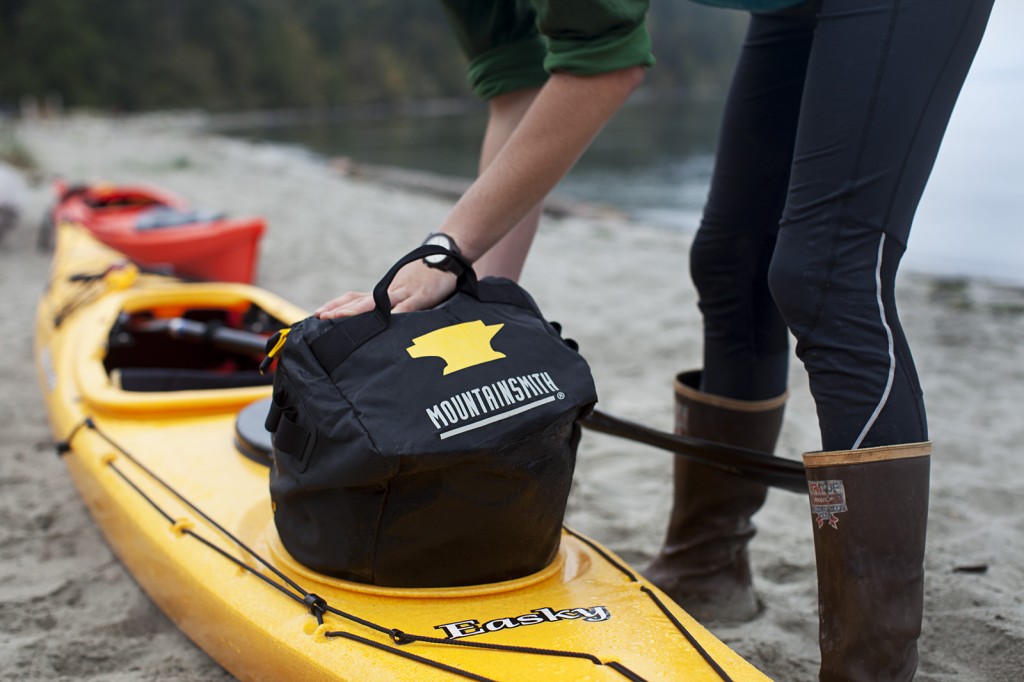