Secrets for Getting the Most out of Your iPhone Photos 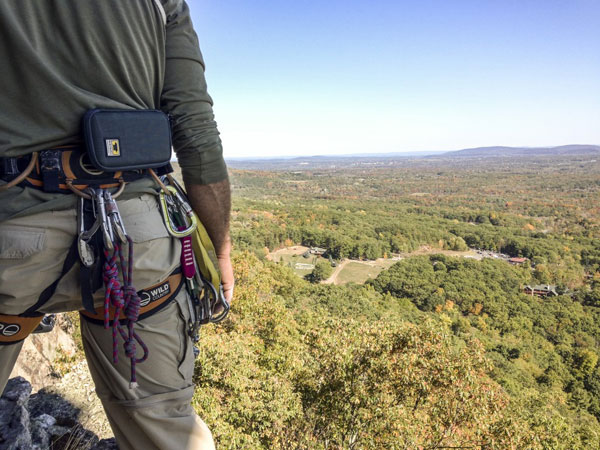 My very first digital camera. I remember it fondly: nearly 4-lbs (body only) of cervical spine-crushing weight, a blazing 1 frame-per-second motor drive, and a max film speed of 800 ISO that when used the images appeared as if they were pepper-sprayed with WhiteOut. Its pricetag tipped the scales at $15,000, and had a 2-megapixel resolution. That’s ¼ of the current iPhone resolution.

Those specs are just a bit over a decade old, proof Moore’s Law did not by any means skip by the imaging industry.

While my current gear is a bit more advanced, I’m not too proud to admit that at times I whip out my mobile phone and start blasting away. According to my tax return I am indeed a professional photographer, and my cell phone isn’t some 500-megapixel heavyweight studio camera, but why should I be ashamed to say I take some shots with my phone? For god’s sake that hand-jockeyed distractobox in your pocket/purse/palm has more processing power than NASA did when we landed a man on the moon, if you believe that sort of astro-jabberwocky.

So why not use the thing for something beyond lol selfies and texting your BFF all day? Most modern cell phones have decent resolutions, and for 99.9% of us they are already in our hands 99.9% of the time – they do say the best camera is the one you’re holding, right?

I’ll even put myself on the line and go as far as to admit it is possible some certain organizations may have published certain images of which they may be under the impression were taken with some fancy and equally-expensive DSLR, or at the very least a camera with moving parts, when in fact they were taken with my phone.

And for you, dear reader, I’m willing to part with some closely-held secrets for getting the most out of your phone when it comes to shooting. 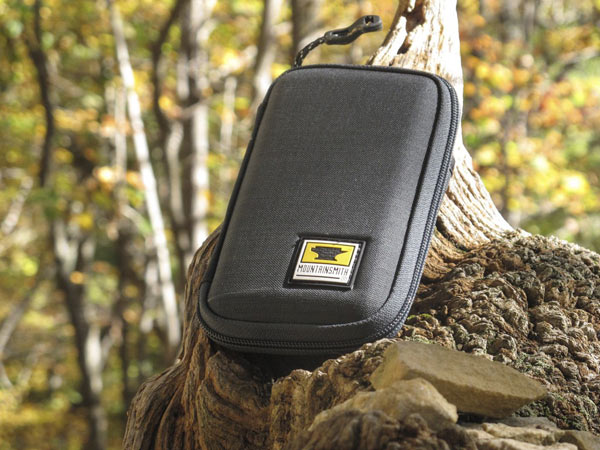 Flash back to week one of your shiny new pocket NASA dialing-device: it gets a new fancy case, is polished more often than the Crown Jewels, and you practically put on lint-free gloves every time you dial up your bestie. Week two and on it’s handled with as much care as a piece of rotten pipe pulled from the ground at a construction site by a guy who goes by the name Tank. I’m not saying you need to shine the lens coating off it, but do your best to keep it from looking like it was handled by a kindergarten class after recess. Smudges, scratches, and especially dust tend to fog up the image. A little goes a long way towards image clarity.

I recently had the chance to field-test the Cubik Smart – which now has a permanent home in my climbing pack. Sometimes hauling up a SLR isn’t practical when I want to get out and just climb for the day, but not having a camera on me gives me the shakes worse than a 16-year-old Beverly Hills teenage girl separated from her bedazzled iPhone.

Over the vertical miles I’ve had too many close calls with my phone working its way out of my pocket 300 feet off the ground, and found that using the Cubik Smart helped me keep the phone put until I needed it. At first I was a bit skeptical, but the bomber zipper and copious Velcro ensure the case isn’t going anywhere. Just prying the Velcro flap open takes enough work to assure you it won’t happen unintentionally. And one look at the sturdy ballistic exterior reveals Mountainsmith is serious about protecting even the smallest of packages.

The Cubik Smart does its job with style – it protects and transports without question, and after a weekend spent being dragged up and down cliff-faces, proves it’s built even tough enough for Tank. It even has a few internal straps and a cool zip compartment to stash your phone accoutrements – who doesn’t love that?

The worst invention in the history of photography was the rear LCD screen. Aside from encouraging the annoying habit of chimping, it forces the photographer to hold the camera at arm’s length, sacrificing enormous stability when it comes to holding the camera straight. Since Apple has yet to return my calls about putting a viewfinder on the iPhone 7, I can only offer the following advice. Take a few seconds to compose properly and suck your elbows into your torso, which aids stability. Also, some cameras have grid guides on the screen when shooting – line one up with something straight (horizon, building) and it’ll help with that nasty parallax everyone hates so much.

I’ve got a colleague in the video industry who has since been prescribed antidepressants as a direct result of seeing too many videos shot with phones held vertically. For Timmy’s sake, and the sake of anyone watching your phone movies, turn it sideways.

This is where things get a bit more technical. An autoexposure camera, your phone in this case, takes an average of what it sees, and tries to give you an image based on preserving as much shadow detail as possible. Of course the phone is guessing what you want, and a perfect example of your phone being a lousy guess is a sunset.

Picture this: it’s summer and you’re at the cabin on the lake, as bucolic and American a scene could be this side of Walden Pond. Suddenly, a flock of wild birds takes flight into the setting sun, sky ablaze with every color Crayola has imagined, silhouetting their form in perfect flight. Out comes your phone, you point, shoot, and the end result is some muddy-looking water and a white sky. But where is all the color you ask? And the birds?! Their exemplary form of flight reduced to black indiscernible specks! Birds disappear, epic phone fail, and you sadly return to sipping that summer craft lager that now tastes like a cruel tonic of dejection and flat Bud Lite.

Avoiding this photo embarrassment is pretty easy, but I’ll warn you it does take some thought. You can trick your phone into the exposure you want,simply by pressing the screen in the area you’d like to emphasize. This also changes the focus, but as long there isn’t something super-close to the phone you should be fine. Test it yourself: focus the phone on a lit light bulb in a dark room and try pressing the screen on the bulb, then the background, and watch the exposure change before your eyes.

Like exposure, you can use the touch-screen to select where the lens focuses. However AF sensors in phones are far archaic when compared to regular cameras – the focus may take a while to set in. One trick is to turn the phone slightly, orienting the AF sensor a little askew to help set focus.

Another problem is with close-up photography; most camera phones have an incredibly short minimum focus distance, but in order to be sure the shot turns out sharp you’ll need to stabilize the phone. Even little movement from your hands shaking can cause the focus to slip. I’ve found stabilizing the camera on a fixed object helps.

This one’s easy. Don’t. Unless you have one of those ridiculous aftermarket appendages on your phone you’re stuck at the standard focal length. Which, if you were carrying one of the add-on lenses you may as well carry a camera in the first place and save yourself being called the chump with the robophone.

OK listen up good here team. The HDR stuff is quickly getting overplayed, as are the tilt-shift effects. Most post-processing filters are used to make a lousy image more interesting, and only succeed in making the image ever so slightly less lousy. That said, I do use phone-based post-processing apps, one of my favorites being SnapSeed. It has good selective adjustments, decent black and white options, and works pretty remarkable for a phone app. A plus for Instagram users is a good user-defined cropping, and a great little sharpening engine for crisping up your shots.

I’ve also seen something so horrendous lately I’m loathe to research from which retouching stink-hole this effect crawled; perhaps you have seen portrait photos on social media with skin so autotuned that faces look like flat discs with mouth-holes, nostrils, and bloated eyes? Skin tones as flat and glossy as a new car’s paintjob on a cloudy day? I don’t know what this monster is, but stay away, stay far, far away. I’m sure it promises to turn human skin (read pores) into some kind of runway model’s sandblasted epidermis. Avoid this beast – skin poetry it’s not.

Get Creative in Real Time

You don’t need a master’s in Photoshop to get a unique image. Try messing with the exposure/focus as mentioned earlier to put a stylish edge to your photo. Pan or move the phone on purpose as you shoot, or try putting random stuff over the lens. Plastics wrappers become color gels, tissue paper becomes diffusion, and Vaseline is great for making dreamy portraits. Don’t be afraid to mess around and treat your cell-phone photography more traditionally. Just don’t blame me if you void your warranty with petroleum jelly and have to wait 15 months to upgrade…

Most of these tips can be translated to traditional photography, with a special nod given to protecting your gear. A scratched or fingerprinted lens ruins any shot, don’t handicap yourself out of the gate with marred gear. Over time I’ve changed dozens of camera bodies, but have cycled through only a few camera cases/bags. They thankfully have been immune to Moore’s law, a good case will last a lifetime and keep your equipment safe – certainly an investment more important than adding a +1 integer to your phone’s model. 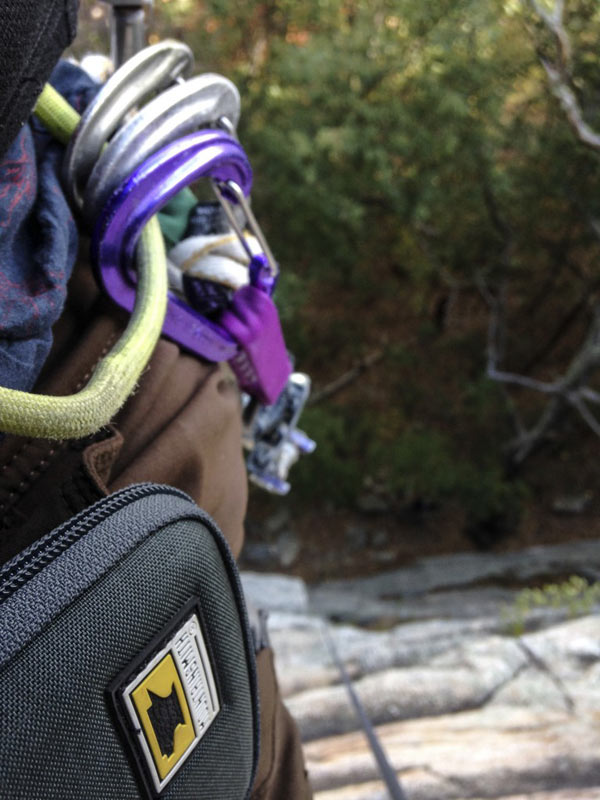 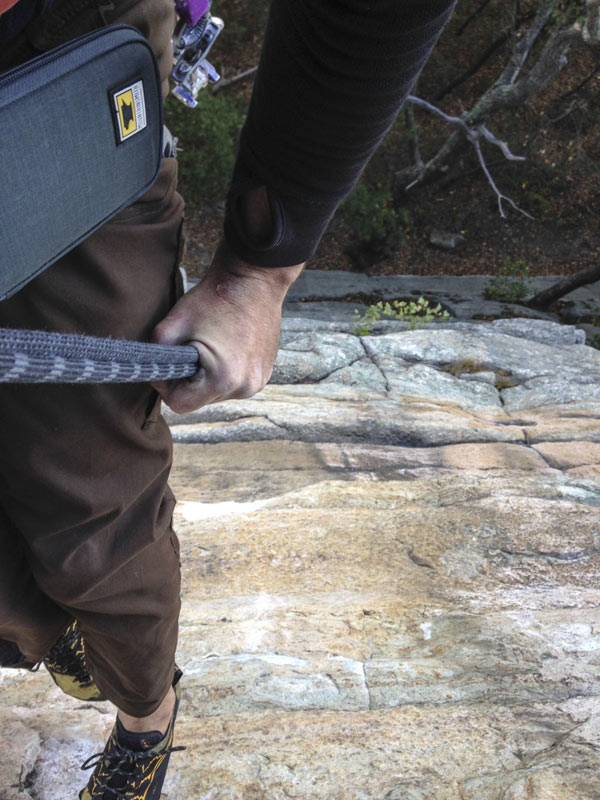