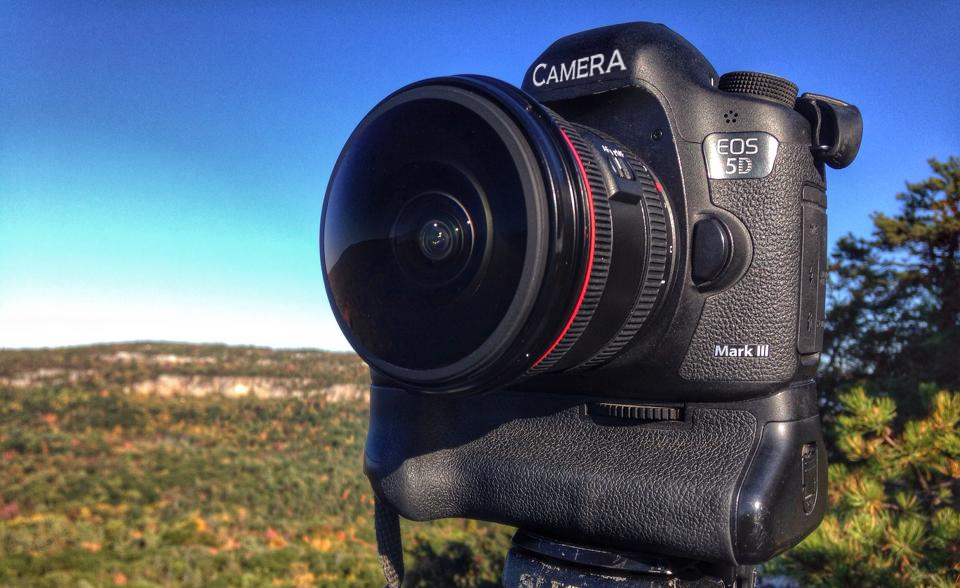 Arguably, all professions have the “outsider question.” It can either be what the outsider wants to know but is unwilling to experience him or herself to find out, or something about which the outsider believes the insider (professional, in this case) possesses some secret/learned knowledge.

For the first instance, which I’ll call Tell Me Tell Me, I’ll use a climbing example, and a question that often arises. I’ve gotten it from friends, family, and strangers alike, and for your convenience I’ll spell it out in a brief, one act play.

SCENE: It’s a sunny morning in Yosemite’s El Cap Meadows, cool with bluebird skies. ROCK CLIMBER is bent over a blue tarp, upon which is heaped a mound of technical climbing gear.  RC is dressed in traditional climber garb: flip flops, torn pants, Dosage t-shirt under a plaid button-down, and carries the unique but give-away cologne – a delicate olfactory blend of unlaundered cotton and a Colorado dispensary. Up strolls TOURIST, whose gleaming RV is parked nearby, replete with shiny rental bikes and a “CruiseAmerica” logo turned up to 11. TOURIST wears pressed jeans, Birkenstock sandals bought especially for this trip, a proud Alaska t-shirt, and carries a steaming cup of $6 coffee from the Ahwahnee hotel.

TOURIST: “So, what are you going to climb?”
ROCK CLIMBER nodding to El Cap’s granite east side: “Tangerine Trip.”
TOURIST: “Cool. How long will you be up there?”
ROCK CLIMBER: “Two or three days.”
<BEAT>
TOURIST contemplates, and switches stares from ROCK CLIMBER to El Capitan back to ROCK CLIMBER. He leans in closer.
TOURIST (hushed):  “What happens, when, you know, you have to – go?”

For those reading with the same burning desire to unveil this little gem of knowledge, I’ll spell out the answer in 8 simple letters: poop tube. Fill in the blanks with your imagination.

SCENE: It’s Thanksgiving afternoon, and a gaggle of overstuffed cousins fall over one another in a contemporary living space that’s about 10 degrees above comfortable. Conversations wax and wane in the distance, competing for volume with the afternoon’s football match on some tremendous flat screen television. SARAH, bespectacled, smartly dressed, and planning her quick escape from this extended family nightmare, is approached by UNCLE MARTY as she refills her travel mug with another useless round of the planet’s weakest coffee.

UNCLE MARTY: “How’s school going, sweetie?”
SARAH: “It’s going fast, Uncle Marty – a lot of work. Long didactic hours and clinical rotations start up after the holidays.”
UNCLE MARTY Taps his hearing aid: “What?”
SARAH (loudly): “It’s good.”
UNCLE MARTY: That’s great Sally, you do a lot to make me and your Aunt Lily proud.”
SARAH: “Thanks Uncl…”
UNCLE MARTY (struggling to remove his sweater): “I have had this blotch, you know, a blotch, for 2 weeks. Your aunt says it’s the crabs but I think it’s…”

Inside information, in a single act.

The Inside Information question I most often field as a photographer has to do with one of the greatest debates since the days of Henry FORD and what’s-his-name CHEVY. The heavyweight, world title bout of Nikon vs. Canon. Awed Silence.

Now, I am a professional, and I’m loyal to my brands for good reason. Take Mountainsmith – I can stand by their gear because in any given month I beat the tar out of it and it still performs as designed. In my short career with camera bags I’ve: dropped , burned, frozen, slammed-in-car-doors, , buried in sand, used them to shield cute models from driving rains, melted on an active volcano (burn marks to prove it), used as a stepladder, used as body armor while snowboarding/downhill mountain-biking, abraded on nearly every type of stone on the Mohs Scale, worn while tunneling into subterranean water mains, and crushed into more overhead compartments than the average Platinum frequent flier sees in a decade. And it still works.

So, for those in want of a nickel’s worth of free advice for picking up a new camera, below you’ll find a few pointers on what should rank when making your next purchase.

Know What You Want

And not just because you want the newer version of what your annoying brother-in-law just bought so you’ll finally have the chance to emasculate him at Grandma’s upcoming 80th extravaganza. The first step in buying a camera is to really think about what you’ll use it for. Think of situations where you can envision actually pressing the shutter button and capturing something useful – not just armchair fantasies of Sports Illustrated scoring you that Inside-the-Ropes pass at the next PGA tour stop.

Anything with no intended use beyond Facebook or Instagram, a cell phone or cheaper point-and-shoot is just fine. If you’re looking for something a bit more featured for vacation photos that may be actually printed (remember those?) you can blur the line between an advanced Point and Shoot (Canon G16 or Panasonic Lumix) or entry-level DSLR (Nikon D3300).  For printing and exhibiting or getting started with shooting weddings/events/portraits seriously, go with prosumer DSLR or pro-grade camera (Canon 6D or Nikon D810). Pro shooters, well you know what y’all want and won’t be wasting time here. Everyone else, listen up, cause these things matter.

Some of us will remember playing with something so capable and high-tech as kids it’s a marvel it wasn’t delivered from the future. Something so advanced it could shift shapes in our very hands, and even came with its own embossed futuristic polymer lightweight carrying case. Shaped like a little red egg. For those in the know, yes, I’m talking about none other than Silly Putty.

If you were like me, you probably used the adorable amorphous blob to copy newspaper comics: simply flatten, press onto newsprint, and you’ve got your own reversed image of Doonsbury to warp at will. While a great facsimile device (speaking of dated technology), it also illustrates perfectly the notion of digital zoom vs. optical zoom. After copying, you can stretch the Silly Putty comic, but doing so would render your copied Garfield appear as if he was drawn by Dali – completely distorted. Exactly what happens as you go into the digital zoom range of your digital camera.

All that happens is the camera processor stretches your image, cropping it into a closeup.

It may be a given, it may not. But in every instance Optical Zoom>Digital Zoom. Look for 5x-8x on the optical side, and don’t give the digital zoom number a second thought.

Also known as MegaPickels to Uncle Marty. Technology has grown like a cancer on our planet, and high-megapixel cameras are available in just about all shapes and forms (see my last blog on iPhonography ). Chances are, you won’t be disappointed here, but look for a minimum of 8-megapixels and keep in mind bigger is better when it comes to the camera sensor (CMOS or CCD). Another oft-overlooked feature is the lens itself, which subscribes to the same rule. A larger surface area of the lens, the better optical quality you’ll have.

File formats come into play here as well; you’ve probably heard the term JPEG before, and I’ve got my beloved Parallax that says you haven’t a clue what it stands for. I forget the exact origin, but someone from the Joint Photographic Expert Group could probably point you in the right direction. In any case, JPEGs are the most common image type, and useful for web/email. If you intend on doing a lot of printing, look for a camera that offers RAW in addition to JPEG, these files stand up to editing better.

Having a camera to grow into is always a good thing, but enthusiasm is grossly easy to overestimate when drooling at countless technological features you can’t even pronounce. Or even worse, while staring at a SALE tag. Modern stoves have a mind-numbing amount of technology – that doesn’t mean you can’t make a kick-ass meatloaf with the intro model.

Look for a few PhD modes (Push Here Dummy), like auto, sports, night, and portrait settings, which can do 90% of the heavy lifting. The ever intimidating M mode (for full manual) is often available should you want to foray into the photo geeks world, but trust me, not many folks go full manual on their PAS cameras.

Another often-overlooked feature in the metrics column is the startup time. Even if you draw faster than Charlton Heston, the shot could be long gone while your screen still reads “Powering On.” The same with shutter lag – which is the time it takes for the camera to write to the memory card between photos. The new champion breed in this category are mirrorless cameras, of which SONY’s Alpha point-and-shoot can blast off up to 11 frames per second. Not a feature for portraitists, but for shooting sports or wildlife it’s a great feature.

When I bought my last vehicle, the first thing I did on the test drive was stop the truck, recline the seats, and lie supine in the back. A few inches short, I explained to the perplexed salesman, and I’d never get a solid night’s sleep. Most folks would probably test the sun-roof or power steering, but hey, we’ve all got our priorities.

If you’re shopping in-person, give the models you’re considering a fair test drive. Does it feel solid in your hands, or like you’d fumble it into the ocean while taking pics on a sunset cruise? Can you see clearly through the viewfinder (if there is one)? Does the handgrip feel awkward or the shutter button elusive? Buttons too small for those hand sausages of yours? Check to make sure the lens retracts fluidly and securely, and has good protection when not in use.

And if you’re shopping for someone in the adventure set, there are a bunch of drop-proof waterproof cold-proof pressure-proof models like the Pentax Optio or the Panasonic Lumix that are rugged enough to withstand some serious elements. Or serious klutzes.

Here’s one to shut the ego down pretty quickly:  You’re shivering bones are parked on the sideline of your 9-year-old’s November soccer game, struggling to hold steady a cardboard instamatic camera you grossly overpaid for 15-minutes prior at a gas station in the middle of nowhere. While your internal dialog is wondering if you can even get the film developed anywhere,  and you advance the plastic camera wheel with a leaden thumb, one of the other dads rolls up with a sh*t-eating grin and a telephoto lens the size of a Howitzer.

Before your shame leads you to ponder the going rate of a human kidney, keep in mind that you don’t necessarily need an arsenal of lenses to get the right shot. Having that option, however is a nice thing. If you’re going the DSLR route instead of point-and-shoot, pick up the best glass you can muster the scratch for. Just like your wife’s diamonds – hence the instamatic cardboard camera – lenses last forever. Camera bodies won’t last as long, purely as a matter of upgrading technology.

There’s some other great technology out there – like advances in wearable POV cameras (GoPro etc.) and 3D (Lytro Illum – check it out, pretty revolutionary stuff) – but remember to take a step back to why you want a camera in the first place. Once you’ve got your choices narrowed, find a good internet comparison chart (SnapSort, or DPReview) and run your numbers.

And whatever you buy, make sure you use the thing – the most expensive camera is the one that sits on the shelf collecting dust.

If you end up buying a camera, be sure to protect it with Mountainsmith’s full line of camera bags.